Simultaneous interpretation for example translate english to arabic is the “aerobatics” of translation. The process of simultaneous translation is as follows: the translator pronounces the translated text at the same time with the speaker, with a time difference of only a couple of seconds. Of several dozen professional translators, only a few are simultaneous interpreters. This work requires a great speed of thinking, knowledge of a foreign language perfectly, a broad outlook and excellent concentration. 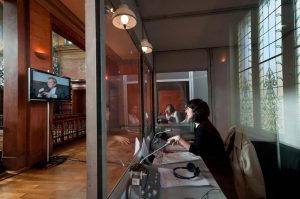 The work of a simultaneous interpreter is comparable to that of a miner or tightrope walker, as it requires the ability to balance on the edge. Any mistake can lead to an unsuccessful outcome of business negotiations, as well as to misunderstandings between the participants in a forum or a major conference. 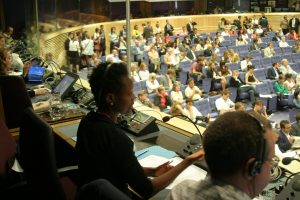 The Chinese language, in addition to the problem described above, which is characteristic of the Russian and English languages ​​in their translation, is also distinguished by the complexity of the tonality of the syllables. In Chinese, one word pronounced with one of the four tones can mean completely different things. Moreover, Asian thinking is imaginative. For example, the Chinese weave some words into complex combinations just to describe some modern terms. A translator who performs simultaneous translation has to solve encrypted phrases here and now, monitor the tonality of speech, and at the same time convey the meaning of what is said in the translated language, the text of which is much more voluminous than Chinese.