Let’s start with how not to do it. Absolutely do not write out words hebrew to english in alphabetical order with translation into their native language. It is necessary that the way you write down vocabulary in your notebook is as close as possible to how you use it in speech. For example, you came across the expression doesn’t ring a bell. It makes sense to write it in a notebook not as the heading of a dictionary entry (not to ring a bell), but the whole sentence, for example, This name doesn’t ring a bell. 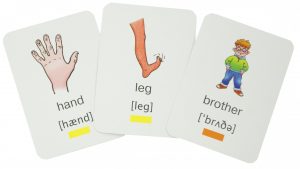 The same principle applies to words. One of the most common mistakes students make is ignoring the context in which a word is used. But words do not exist in speech in isolation, on their own, they are used together with other words, forming lexical combinations, as well as in various grammatical constructions (read more about this in the article on the lexical approach, as well as in the article on the relationship between grammar and vocabulary). So, having met an unfamiliar word strict, many students will simply write it down in a notebook with a translation, not paying attention to the context, and not thinking about compatibility with other words (strict rule) and use in various structures (under the strict rules of). It makes sense to write the expression exactly as it appeared in the text (under the strict rules of), or, if time permits, write the entire sentence (Not was brought up under the strict rules of his religious parents).

It is best to organize new words by topic, such as travel, medicine, fashion, employment, and so on, so they are easier to remember. It is also convenient to create separate pages for different communication situations, for example, “At the airport”, “In a hotel”, “In a restaurant”, and for different structures, such as it smells/ feels/ sounds like …

I do not see the need to write a translation of each word and expression, since some of them will be understandable without translation, and for some it is better to write not a translation, but a definition.

It also makes no sense to write down every new word in a notebook, leave only what can really come in handy in speech.

After each topic, it is worth leaving some free space in order to be able to add new words and expressions there later. 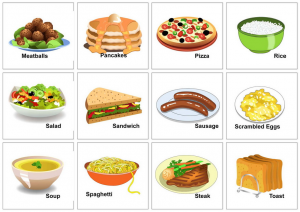 Although keeping vocabulary notebooks certainly brings certain benefits, it also has a number of significant disadvantages. The first and foremost of these is time. Writing down phrases and sentences is time-consuming, especially for children, and the benefits of this activity may not be obvious to students. Many do not want to return to old topics to add new expressions to them, as a result of which phrases with the same word are written in different sections of the notebook, and not combined on one page. Some students write down an expression they cannot remember over and over in their notebook instead of returning to the previously designed page. Children do so simply out of inattention, adults believe that this helps them remember a new word. Perhaps this is so, but the organization of the material suffers greatly from this.

The main disadvantage of vocabulary notebooks is the lack of active work with vocabulary. It is the active use of vocabulary in speech, both oral and written, that allows you to learn it as efficiently as possible.