The tourism industry and japanese translator is directly related to international contacts, which today continue to develop despite the difficulties in the global economy.

For the continuous operation of the tourism business, catalogs, magazines, guidebooks, advertising publications are being replicated in large quantities. Texts are compiled for websites of travel agencies and hotels, for presentations of tourist destinations at exhibitions, advertising booklets and brochures for travel agency offices and hotel racks are translated.

The need to translate information materials in this area is constantly in demand. Typically, the original travel materials are developed and compiled abroad, in the language of the host country, and potential tourists want to read the information in their native language. 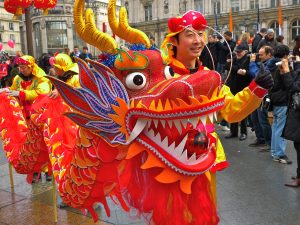 In addition, more and more citizens of our country today prefer to organize their holidays on their own, directly contacting foreign hotels. It will not be superfluous to study offers and reviews on sites in the language of the country to which the trip is planned.

One of the popular destinations is travel to the People’s Republic of China. Tourists are attracted by the abundance of historical monuments and ancient architectural structures, picturesque natural landscapes, rich cultural traditions and unique national cuisine.

When translating tourist texts from the Chinese language, it is important to correctly reproduce geographical names, which must match those indicated on the maps and in guidebooks of tourist routes. The task of the translator is stylistically and lexically correct translation of the text, focused on a wide range of interested parties, avoiding the loss of meaningful information.

Features of translation from Chinese to Russian
For native speakers of Slavic languages, the writing of which is based on the Cyrillic alphabet, Chinese is considered the most difficult language to learn. Translators constantly improve their knowledge of the language, support the acquired translation experience. The main difficulties in translating from Chinese are: 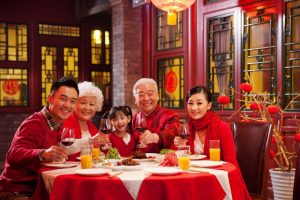 Lack of the concept of a traditional alphabet. Chinese writing is difficult to understand. Each hieroglyph is used in a specific meaning, which affects the general meaning of the text. To express the changed form of words, hieroglyphs are supplemented with special designations. Compound words can consist of two or even three hieroglyphs. In addition, hieroglyphic writing is not related to the pronunciation of words. Writing and speaking are separate from each other.
The tonality of the language. In oral speech, a change in the tone of the sound affects the meaning of the spoken word. Many phrases sound the same to an unprepared listener, but a change in tone completely changes the meaning of the spoken phrase. Words of different tonality have different translations from Chinese into Russian and a different graphic image. This feature often makes it impossible to translate sentences taken out of context. It is necessary to closely monitor the flow of thought of the interlocutor.
The presence of a large number of dialects that differ significantly from each other. A translator from Chinese should be able to understand their features.
Given the complexity of the language, the translation of tourist texts should be trusted by qualified translators for the compilers of guest itineraries and representatives of Chinese hotels. A competent translation from Chinese into Russian and an adequate presentation of the text will save Russian tourists visiting the country from possible surprises.