Every type of text has its own characteristics relating to the process of translation including by means of translation app for iphone. As a consequence, it is important for the translator to understand these features. Since economics concerns all spheres of our life, the ability to adequately translate economic texts is essential in today’s world.

They distinguish the following qualities inherent in economic texts: 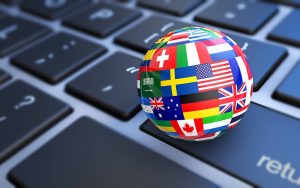 – A large part of the text is vocabulary of an economic nature with a large number of terms.
– The presence of idioms and phrases that are rarely used in non-economic language.
– Sometimes quite large deviations, concerning style, from general norms.
– The use of abbreviations that are unique to this type of text.

The main task of the translator for mac is to convey in the translated text all the information contained in the source material. This can be achieved by making multiple translation transformations.

There is a group of features that must be taken into account when translating economic texts, so that the translation is adequate. These include, above all, the use of terms. Often there are terms in these texts whose translation is not unambiguous. The translator must decide for himself or herself which meaning best fits the context of the source text.

Additionally, texts of an economic nature also contain common vocabulary. However, in this case, we should note that one part of frequently used words does not cause any problems in translation, while the remaining part can be attributed to the following categories:
1. Words used in a different sense than in everyday life.
2. Words or phrases that are used for the author to express his/her attitude towards the described information or to clarify it.
3. so-called “translator’s false friends” – words or terms whose transliterated translation does not match the actual translation. For example, in English: academic – teacher, not academic, soda – carbonated drink, not soda.

In order to make an adequate translation, the translator must understand the text being translated and have a general idea of the system of terminology used in it. And to translate unfamiliar terms and vocabulary, use special dictionaries.
Economic texts also often contain abbreviations and acronyms. To understand them, the translator must consult a dictionary, a reference book or an Internet search engine. 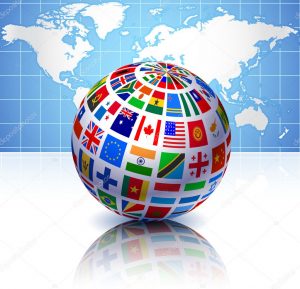 Texts of an economic nature are also characterized by a number of grammatical peculiarities. There is of course no specific economic grammar, but certain grammatical phenomena occur more frequently in them than in other types of texts, while others are used rather infrequently. One such feature is the use of conjunctions at the beginning of a sentence. This helps make the text more logical and show cause and effect relationships.

Economic texts often tend to be short and concise, while omitting some sentence members. Therefore, it is extremely important to correctly understand what the author wanted to say, because a wrong understanding of the source text can lead to distortion of meaning in the translation process. Other features include frequent use of passive forms, reordering and substitution of parts of speech.

Thus, when translating texts with economic content, special attention must be paid to the accurate and adequate translation of terms. And also take into account grammatical, stylistic and lexical properties of economic texts.